WELCOME TO ROX MUSIC AND ARTS

ROX Music & Arts Organisation are a fully registered charity based in the sunny seaside resort of Bognor Regis, West Sussex. They are managed by a board of unpaid Trustee Directors and are very lucky to be surrounded by some seriously dedicated volunteers who give up their time selflessly.

Our aims and objectives have remained the same for more than a quarter of a century – to advance the education, awareness, and appreciation of the arts and allied creatives and to provide a platform for artistes of all ages and skill levels to perform and exhibit. It’s also part of our mandate to provide FREE entry events wherever we can, the Trustees believe firmly in giving back to the community that has supported us for many, many years through adversity and through triumph.

ROX have earnt a hard-won reputation for promoting and presenting freely accessible, quality events on a not-for-profit basis. Having struggled in the past with enforced changes of location, ever present funding concerns, and the introduction of increasingly complex regulation, it is testament to the courage and commitment of two musicians from Bognor Regis, Steve Goodheart and Terry Slade who, way back in 1990, first organised an impromptu open-air concert on the seafront.

The trend towards closure of live music venues across the UK meant that it became increasingly difficult to book and promote gigs – it was their frustration in having nowhere decent to perform that directly resulted in the birth of the ROX Music and Arts Festival. Whilst sadly this trend continued the main free festival remained a bastion of the social calendar in Bognor Regis and grew into a place where musicians came from far and wide to play to crowds numbering in their thousands. 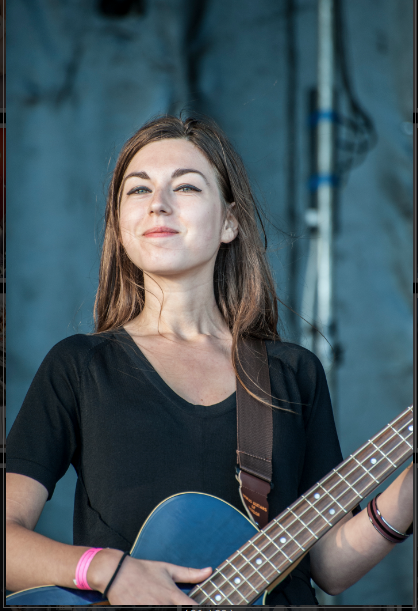 The indefatigable energy of the ROX Trustees and volunteers, led by Steve and Terry, eventually resulted in the ROX Music and Arts Organisation receiving a clutch of Arts, Community, Hospitality, Leisure, Tourism, Promotion and Marketing awards.

In July 2015 ROX Music and Arts celebrated its 25th year of providing community music and arts access to Bognor Regis and surrounds, culminating in another huge weekend of free entertainment throughout the town and seafront. It was also the first year the backstage technical team were able to hand every artist a live recording of their Arena Stage performance as they came down the ramp by way of thanks for offering their time and considerable talents. A quick YouTube search will yield an incredible archive of both professional footage uploaded by the bands themselves and fan shot videos. Not only that but a few years earlier ROX were one of the first free festivals of their kind in the UK to broadcast live over the web with viewers holding ‘ROX Parties’ as far away as Columbia and Australia.

However, 26 years later in 2016, having previously attracted over 30,000 visitors annually to probably the UK’s largest and oldest surviving free festival, ROX has succumbed to the inevitable shortfall in community arts funding, both private and public. In recent years the main festival has been on permanent hiatus due to a number of significant professional and personal challenges our small team has faced.

The mid-summer festival however was only ever the jewel in the crown of the charity’s year-round activity.

The ROX Music and Arts Organisation has gradually formed successful partnerships with many incredibly supportive local small businesses and educational facilities. Institutions like The University of Chichester (who have their own expanding Campus in Bognor Regis), the highly successful Butlins leisure business and the Town, District and County Councils all provide important support to the charity in recognition of the community work it carries out throughout the year. This vital support, coupled with a Bognor Regis Regeneration grant award, has enabled the ROX Music and Arts team of volunteers to deliver countless high quality live music shows, workshop experiences, pop up community events, which include the free annual Halloween Party every October, and the ROX In The Park springtime event (in conjunction with the 3rd Year Event Management Degree Students of the University) as well as the newly established and well received ROX Sessions.

The ROX Music & Arts Organisation will always continue to endeavour to change lives through music and arts – for as long as we are able. We will always put heart and soul into everything we do, in recognition of all those past and present that have given so much of their time, passion, love and energy. Despite personal cost and heart-breaking losses of incredible people along the journey we still lean into the wind and continue.

If you’ve taken the time to read this far then all these things, reader, we promise to you. And we ask nothing in return that you are not able to give.

The team at ROX Music & Arts